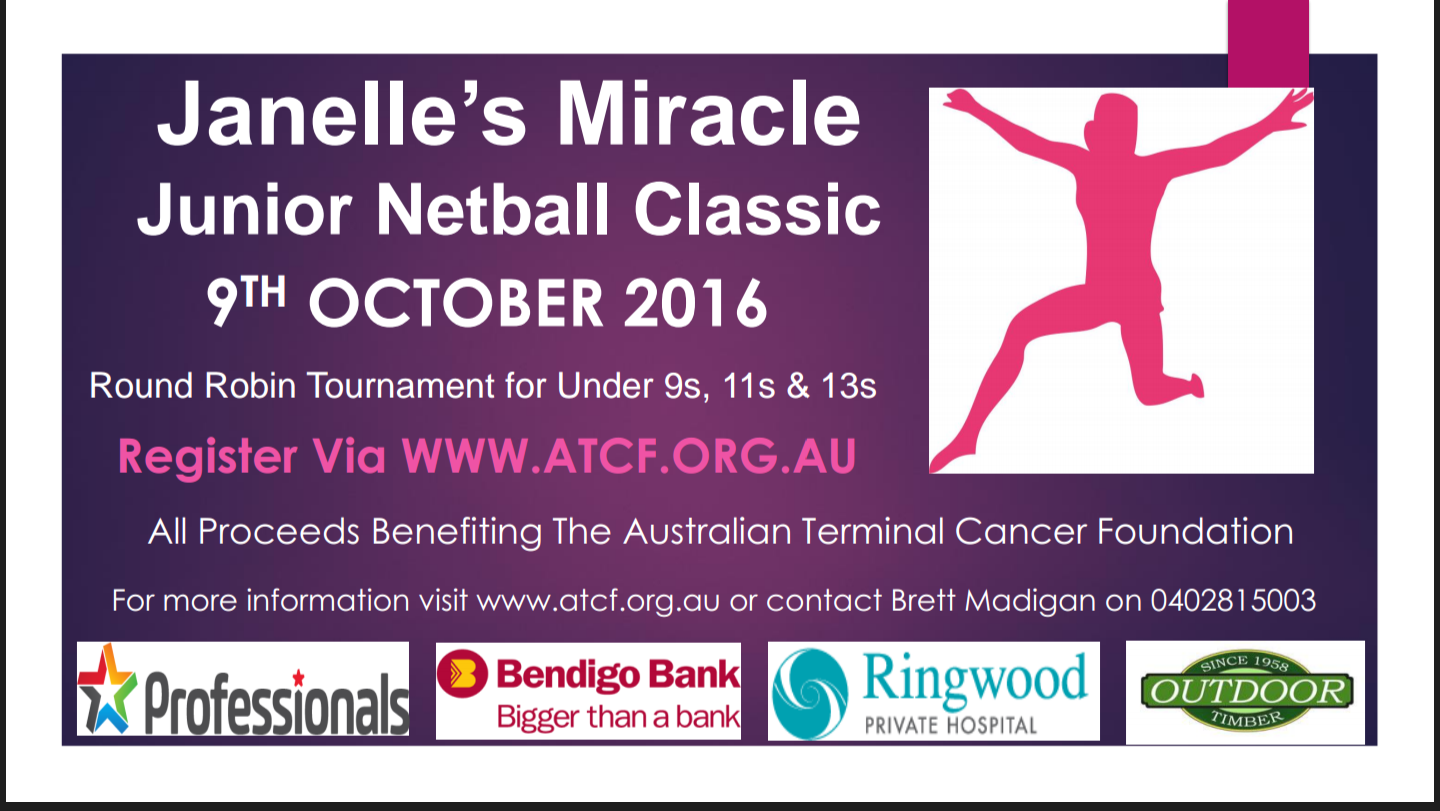 The 2016 Janelle’s Miracle Junior Netball Classic is the 4th annual charity netball fundraiser for the Australian Terminal Cancer Foundation. Formerly held at the old Mcdermott Ave Netball Courts, the 2016 annual netball tournament will be held for the first time at the new Netball Courts at Pinks Reserve in Kilsyth Victoria. 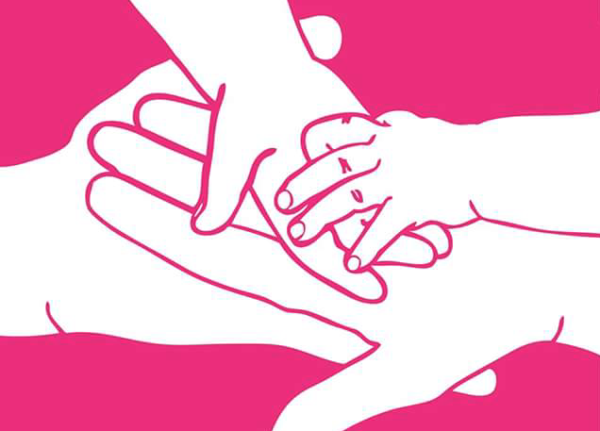 This round robin competition is open to all under 9, under 11 and under 13 club teams (ie not association rep teams)

This charity tournament is designed to (i) Promote kids
involvement in sport, (ii) raise awareness and financial support for the Australian Terminal Cancer Foundation and (iii) honour and remember local hero Janelle Kingma Madigan, former LYVNA netball player, and the legacy she has left behind promoting health and fitness and also supporting families affected by terminal cancer. 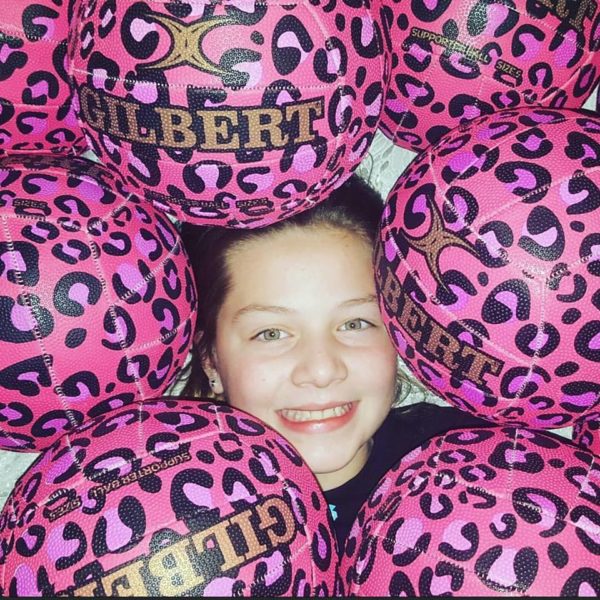 Every player will receive a medal of participation and the winning team from each age group and section will have their name engraved on our perpetual shield.
The team that raises the most money for the Australian Terminal Cancer Foundation will win a fantastic prize for their club!
There will also be plenty of entertainment on the day including raffles, auctions, face painting, sausage sizzle, cafe and canteen, jumping castle and much more!

Soul Stories has been kindly asked to come along and support the day by setting up a stand full of creations/stories for all to read and of course hopefully sell a few pieces here and there. A percentage
of sales on the day will be wholeheartedly donated to this incredible and inspiring cause… Even if you’re not part of any netball teams, don’t be afraid to come on down to enjoy the heartwarming atmosphere and be a part of this special event… xt 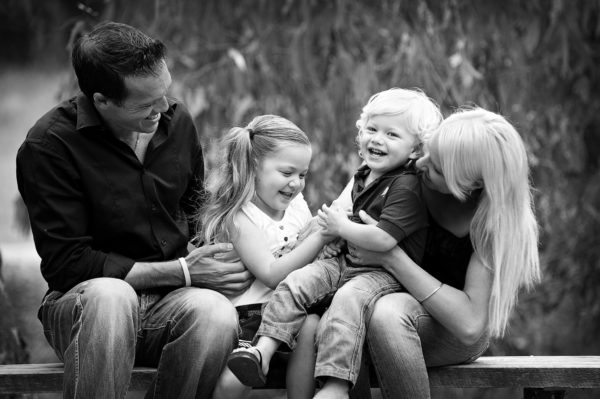